I’ve learned so much from my grandmother and I’d dare say that many of the things I’ve learned from her are just by watching her and what she’s done. My maternal grandmother was an entrepreneur. She sold “Stanley” products back in the day, which was a precursor to “Avon” which she still sells to this day and she’s in her 80’s. I recall being soooo excited to go over Grandma’s for those Stanley parties and to see the latest products, especially any toys they had. My Grandmother has always had so much on her plate, yet, she made time for everyone and everything: family, friends and even her own entrepreneurial endeavors. She’s one of my best friends and while I will never measure up to her in so many areas, she has set a barometer that I can try to attain.

So how did she do it all? Well, to say my Grandmother was and is a hard worker is less than an understatement. However, there were times (very rare) when she would take a break and sit in her den and during those rare times, I would notice her eyes would close. She called it ‘nodding’ 🙂 She never really went to sleep, but she would periodically relax her body and her mind when she could. I recall as a little girl tapping her on her thigh to say “Grandma, are you sleep?” “No Baby, Grandma’s just nodding” she would say (I’m smiling soooo big as I type this!) Boy, has that taught me something so many moons later. I’ve always been an old soul, yet years ago, I considered nodding or taking a nap for older people. Well guess what, it turns out that everyone can benefit from taking a nap or mid day nod. Many of us eat to keep going, when what we really need is a break for the mind and body. It allows us to wake up restored, if only for 30 min or so. This little tip is part of what enables me to get everything done. I always give Jehovah God first praise for my strength, both physical and mental and in addition to that, the tips I’ve gained from merely watching one of the busiest women I know (Grandma) have also helped me to get EVERYTHING done in the mere 24 hrs we all have.

Share your tips for getting things done during the day. I’m sure there will be some smiles as you type as well. All the best! 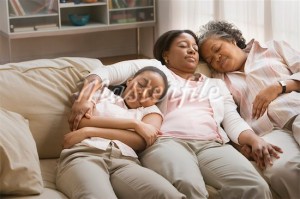 This is Shilonda Downing, signing out for Virtual Work Team LLC!

4 thoughts on “How I Get It All Done, a Lesson from Grandma…”